And if at first you don’t succeed… 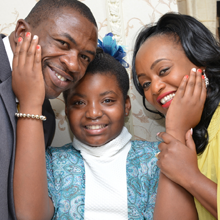 “I kept thinking, ‘why me? What on Earth did I do to deserve this?’ Whenever I arrived home, the yelling would start; the pain inflicted on me serving as a reminder of how worthless I was.

I couldn’t see beyond the pain and anger. Every day it was the same routine. I was so emotionally attached to my perpetrator that there was no way out for me. I was ugly and good for nothing, so to have someone by my side seemed like a dream.”

Sally had accepted the lies she heard every day and with nowhere else to turn to, she decided that the only way was by going to clubs and getting drunk. As alcohol became her crutch, she also began to experience other issues, such as insomnia and various illnesses.

“I had no vision for a brighter future. I focused only on the here and now. As a consequence, I depended on benefits to live. I did dream of having a big house etc., but during that time, all I saw when I looked in the mirror was a waste of space.”

Every night was getting worse and the thoughts to commit suicide were calling to Sally. But amongst all these negative events, a miraculous event took place. While Sally walked down the street, someone simply smiled and handed her a City News paper from the UCKG HelpCentre. When she read it at home, her eyes filled with tears. Right there in her room, she allowed all the walls she had built to come tumbling down. For the very first time, she sincerely asked God to help her.

“I was in shock as I read through each page. It was as if someone was describing my life story, but the difference was that these people were happy. I wanted the same. I immediately started attending the weekly meetings at the HelpCentre.”

Certain things began to change in Sally’s life, but only a few things turned around because she only applied what pleased her. Her financial life developed and she finally left her abusive partner. There was a sense of freedom, but something was still missing.

“I eventually stopped going to the HelpCentre, because I had become laid-back. I would party all night, get home drunk on Sunday morning reeking of alcohol, but my daughter, Hope, would plead with me to take her to the Sunday School. It’s because of her faith and perseverance that I decided to go back to the HelpCentre to fight for my life!”

This time round, Sally sought to become a brand-new woman. She was faithful in attending Wednesdays, Fridays and Sundays. She wanted inner peace and in the course of a year, she received it. She was overjoyed that she had finally received the greatest gift on earth—God in her.

There was still one last area in Sally’s life that needed attention— her love life. She was determined. Every Saturday she would drive all the way from Luton to London to attend the Love Talk Live seminars. After participating in multiple purposes, she found her beloved husband in the most interesting way.

“I had travelled abroad to attend a charity event, which Wayne was also part of. He took an interest in me and invited me for coffee. I accepted, which was unlike me, but we exchanged a few words and discovered that we were both attending the Love Talk Live seminars but in different countries. We grew fonder of each other.

My daughter’s faith played a major part in my life. She had done her own private purpose with God, determining that she wanted a father by a specific date. She gave God a deadline.

The day before the deadline was up, Wayne came to the UK and we got married on 29th August. It was the happiest day of my life, and no doubt for my daughter too. She finally got the father she had always wanted and God honoured her faith.

My life has been a result of the positive actions I took, with the advice and encouragement of the UCKG HelpCentre. Life is too short to just sit down and do nothing. You’ve read my story; now write your own.”