After 11years, we got him back!

family, grateful to God, Luton, together as a family, 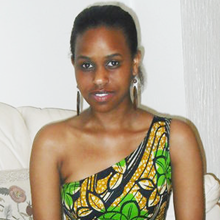 “Although we lived in the same house together, we were like complete strangers…” When my older brother passed away, my whole family was shaken by the event. But Jacob, one of my older brothers, was the most disturbed. The grey cloud that hung over him turned black and remained permanently. He completely shut down and isolated himself. His tears of sorrow portrayed how deeply affected he was.

I tried to be a sister to him, but he rejected every effort I made to show my care. He became distant and did his own thing. He didn’t speak to me. We were living like strangers in the same household. If we spoke, we spoke to disagree, and this went on for 11 years. With each year, we grew apart and no effort I made to try and bring us together as a family worked; he simply rejected it. He not only rejected me but every effort that my mum made as well. He just didn’t want to know.

On Sundays, at the UCKG HelpCentre, we present our families to God and I took that opportunity to present mine, especially my brother. There was a recent Sunday where I made a singular vow on his behalf. I used my faith and presented an offering on behalf of the unity between my brother and me.

I wanted to challenge God because I really wanted the relationship between my brother and I to change. I presented his picture in prayers, believing that now he was in God’s hands. Alongside this, my mum and I did what we physically could by getting close to him, although sometimes he would ignore our invitation to come to the HelpCentre with us. We both believed that God would do exactly what He said. Although he rejected our invite to the HelpCentre, every Sunday during the family prayer, my mum and I would embrace each other, praying for him and for unity in the family. It wasn’t too long until something happened…

“Morning, sis.” I was completely taken aback when Jacob greeted me and acknowledged my presence in the room. I was shocked but so happy at the same time. God was honouring my vow!

My brother started talking to my mum and I. He became interested in what was happening in the family and started talking to us more often. We were no longer like strangers; we would talk and laugh together. It’s even a pleasure for him to come to the HelpCentre with us now. I’m so grateful to God that He brought unity within my family. When I tell him that I love him and he replies, ‘I love you too,’ it’s the assurance of the answered prayers every Sunday morning.”