A second chance at life

Child abuse, Domestic violence, I was the mess, Power and control in abusive relationships, was painful to hear, without a home, 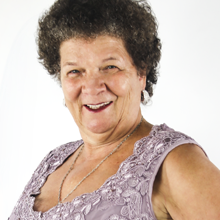 “Before coming to the church, my life was a complete mess; in fact, I was the mess myself. I was in a relationship with a man who initially was very warm and caring towards me; but later on, he became very abusive. He would abuse me physically, mentally and emotionally.

I put up with the abuse for such a long time that I reached the point of just accepting it. But the time finally came when I built up the courage and decided to leave the house with the children. He then brought another woman to live with him in the house, leaving myself and his children without a home.

We went to court to decide who would keep the house, and it was declared that he had 30 days to move out. However, he did everything in his power to make things difficult for me. When it was time for me and the children to move into the house, all the walls had been stripped, and certain things were not working around the house.

I had really been through a lot from the abuse and everything that followed and, consequently, this reflected on the way I treated the kids. When things went wrong, I used to take it out on them and even beat them . It got to the point that my kids even told me that they hated me. This was painful to hear; nevertheless, my behaviour didn’t change towards them.

I was so traumatised by everything that had happened that I became an alcoholic; I would drink and smoke to numb the pain that I felt about everything. This is how I arrived at the church – as a woman, hurt and abused, who carried a lot of baggage.

I was once a victim of abuse, and even after leaving the abusive relationship, I remained a victim inside; however, today I am a free woman, a woman who has found happiness and one who has learnt to love herself. I no longer allow circumstances to suppress my value.

Moreover, the relationship I have with my kids has improved tremendously. I love my kids more than ever; they are now proud of me as a mother and even tell me that they love me. This was all because God gave me a second chance at life.”